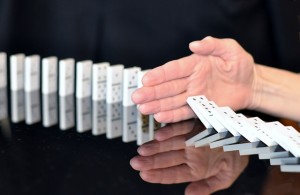 Infulence: The power to change or affect someone or something.

The influence a woman holds always has been and will be a gift from God. It is what you do with this gift that determines the outcome of many things placed in front of you. From Family, to business, to politics, to churches and various relationships you are an agent of change. It is how you choose to use this influence that sets you apart.

The temptation to live vicariously through our children isn’t a new one. It starts out innocently enough…

… you weren’t a great student so you push her academically to succeed. You weren’t a cheerleader so you enjoy her being one and seeing her shine. You couldn’t play sports but you’re gonna make sure she can. You didn’t” fit in” but with the right name brand clothes and cheerleading under her belt she will feel “in.” All of a sudden you become aware that your identity is wrapped up through your child’s achievements. This is a trap of the devil. Warping your identity and your child’s identity and purpose.  Free yourself by freeing your child to be who God desires them to be not who you need them to be.

When you rest, God works; but when you work, God rests.

The story of Herodias is an interesting one and sad too. You can find this story in Mark 6:14-29. Familiarize yourself with it. Herodias influenced her daughter through manipulating to get what she wanted. She sacrificed her daughters modesty and well being to get the power that she was after. Once Herodias got the power she seized control and fulfilled her ultimate goal, which was to behead John the Baptist. She was driven to annihilate him because his message indicted her. She hated the message so bad that death would be the only thing to soothe her cunning soul. Herodias was a lot like Jezebel in her pursuit of destroying Elijah, a prophet of God.

Herodias’ daughter was only a pawn in her mother’s hand. She was used by her mother not valued. She was exchanged for the power she would obtain for her mother. The influence of a woman has the ability to affect a man, a family, a city, a state, and a nation. She is the neck that has the potential and power to turn the head.

Mark 6:22-24
and when Herodias’ daughter herself came in and danced, and pleased Herod and those who sat with him, the king said to the girl, “Ask me whatever you want, and I will give it to you, up to half my kingdom. He also swore to her “Whatever you ask me, I will give you, up to half my kingdom.” So she went out and said to her mother, “What shall I ask?” And she said, ”The head of John the Baptist!”

Herodias’ daughter was the pawn used by her mother to influence the decision of a man. Because of this area of influence, it opened up this man’s hands and heart for her to influence him. He commited to giving her up to half the kingdom.  Ironically, this is the same thing Esther was offered. ( Esther’s story can be found in the book of Esther.) The difference was Herodias manipulated her daughter like a puppet, and through lust and seduction, Herodias’ daughter got a man, a king, to concede.  This young woman appealed to Herod’s senses which was the opposite of Esther who appealed to the king’s purpose. You can get things either legitimately or illigetimately.

Esther got her desires granted through humility, purity and unselfish desires. Esther may have been cast out at birth but she wasn’t cast away. Esther may have felt alone or even abandoned not knowing who her parents were but God had a plan. She chose to listen and trust. Her obedience followed that.

Psalm 27:10
When my father and mother forsake me, then The Lord will take care of me.

Esther’s motive was love, concern for other people and their well being.
Herodias’s motive was lust, concern for self and only what she wanted. She willingly sacrificed the modesty of her daughter to obtain access to the ruling of the king.

Another biblical mom was Rebeccah. Rebeccah helped Jacob deceive Isaac by putting goatskins on Jacob’s hands and neck to imitate Esau. When Isaac touched Jacob he thought it was Isaac but in fact it was Jacob. Jacob received the blessing from Isaac because Isaac thought it was Esau, the firstborn. Rebeccah’s influence brought division between her sons and her favoritism towards Jacob was apparent.

Rebeccah favored the younger son and manipulated situations so that the blessing would come upon Jacob.

Have you ever been tempted to baby the younger sibling?

Can you think of a time that instead of trusting God you had a plan and took things into your own hands?

Has fear ever motivated you to act?

What was the outcome?

Jacob learned how to manipulate by his mother’s demonstration of it. The apple doesn’t fall far from the tree does it?

Proverbs 16:25
There is a way that seems right to a man but in the end it leads to death

Read Hebrews 3:12-4:3
Have you experienced an” unrest” because you took things into your own hands?

Can you recall a time when you were in a secure place of resting in God while you were waiting?

What would happen if the same fear that moved you in the flesh motivated you spiritually?
What would this look like?  The assurance that when I cease from my works then a God kind of confidence will rise up and I will enter his rest. The ‘rest of God’ will carry you along while you are trusting and waiting on God to move on your behalf.

When you rest, God works; but when you work, God rests.

Name 3 times in your life when you were trusting and believing God to act on your behalf.

Drawing upon the faithfulness of God in past victories prepares you for future promises. Recalling the past victories instills strong assurance and confidence in your present trials.

Drawing upon the faithfulness of God in past victories prepares you for future promises. Recalling the past victories instills strong assurance and confidence in your present trials.

How has your faith grown through these trials?

1 Peter 1:6-7
In this you greatly rejoice, though now for a little while, if need be, you have been grieved by various trials, that the genuineness of your faith, being much more precious than gold that perishes, though it is tested by fire, may be found to praise, honor, and glory at the revelation of Jesus Christ.

James 1:2-3
Count it all joy when you fall into various trials, knowing that the testing of your faith produces patience.

Mark what was mostly developed in you through your trial.

Who has God sent into your life that you can comfort or encourage?

What “jewel” has God taught you or shown you through your trial?

Every now and then we are blessed with a rainbow after a storm. We can all choose to look for the “silver lining” because there is always good that can come out of your trial.

Romans 8:28
And we know that all things work together for the good to those who love God, to those who are the called according to His purpose.

Did you enjoy this short Bible Study?

Leave me a comment below and let me know how God used the Word in your life?