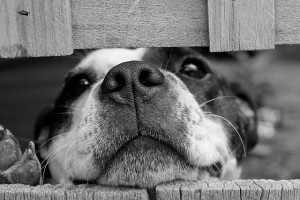 Friendly ones that don’t eat people. After surviving a vicious dog bite with a scar as a reminder, I’ve had to decide they are my friends and not my foe. After a lot of prayer and years of uncontrollable fear, I have slowly seen fear and terror of large dogs dissipate. They smell fear you know? I was bathed in it after a dog attack. I’ve always loved dogs, I mean what is not to love?

I have 2 precious Grand-dogs, Abbey and Ozzy. Our grandson Jackson named him after Ozzy Osbourne. He was disappointed when his class shot him down when He wanted to name their class fish Ozzy. So, as life would have it, his mom threw him a bone (no pun intended) and He named their new puppy Ozzy. Abbey is a huge boxer weighing about 70lbs, but in her mind she is about 7 lbs. Ozzy, well he is a wiener dog and can hold his own with Abbey. I love these pups and they love me right back.

Dogs greet you with sheer joy just because you showed back up after work. They are loyal. Talking to you with their eyes almost always guarantees a scrap or a bone. They are sensitive to sick people and guard newborn babies. They can sniff out drugs and those who would harm us. They assist our military.

They are used for multiple therapies that help to heal brokenness in a persons life. They are awesome because they just want your love and attention, nothing else really.

They’ve been known to bring down a persons blood pressure or if you’re like I was they can raise it. I mean seriously, who else gets so excited about seeing you that they pee on you? They expect you to understand when they must sit in your lap even if they weigh 75lbs. After all, they want to snuggle and reassure you of their love since you worked all day. They become your family member and who could deny that kind of love? Not I said the fly. Bring me some puppy love.

Unfortunately, we don’t have a dog right now because we are out of town a lot and have 5 grandkids. Our love tank is full, but that doesn’t mean I don’t want one.  It just means this season of life for us isn’t right for a pet now. Like kids, they need your time and attention.

Is it me or do any of you get concerned with Peta?

I am a huge supporter of animals being treated and cared for with love and respect. I see their point at times , their love and protection of helpless animals drive them but, I do sense some imbalances at times with these types of organizations.

Everyone remembers the death of Cecil the Lion. It was sad and captivated people globally because Cecil was a beloved Lion that a dentist shot for a trophy. The dentist was acquitted and wasn’t charged with a crime but his personal attacks from society were brutal. Death threats, vandalism to his home, picketers surrounding and shouting cruel things to him as He walked in to work. I personally didn’t agree with the Dentist and his thrill and need for safari hunting, but I was shocked at the level of attacks and threats from society.

It just made me wonder if the same people shouting obscenities at the dentist would go to that extreme if it was a human being and not an animal.

What if it was an injustice towards the murder of a homeless man or a prostitute? The less desired people in society. You know, the ones we can tend to stereotype. The ones you don’t want to make eye contact with at the red-light. Their “Contributor Newspapers” waving in front of your car. What about the girl who just gave a lap dance to the businessman? What about her? Would society have the same outcry if she was murdered? Would it get the media coverage and attention that Cecil the Lion got? I’m sorry to say, probably not. Just another throw away of society. We’ve become desensitized to the pain of humanity and ironically become more sensitized at times to pets over people.

Some of my own personal friends are animal activists; I love their hearts for animals but notice a bigger heart for animals than for people sometimes. I know animals can’t talk and defend themselves so I get your point about being their voice, but what about people in your life?

Do you have a tendency to disconnect from people and have an unhealthy attachment to your pet?

Do you neglect your family members and place your pet as your top priority over them?

What do they give you that you don’t get in relationships?

It really is about what we value.

We invest in the things that we value and we feel like there is a return or we wouldn’t keep investing in them. So ask yourself the last question again and answer it honestly. Consider the next few things and chew on them.

What man is there among you who has one sheep, and if it falls into a pit on the Sabbath, will not lay hold of it and lift it out?
Of how much more value then is a man than a sheep?

God has blessed us with relationships.

He has called us to value the people He brings into our lives. It is possible that for you, it is much easier to connect with animals than people but we are stilled called to relationships.

Maybe you’ve been really wounded by people so your level of trust is very low with people. Dogs haven’t wounded you so you connect more with them and their love is unconditional. The animals in your life can meet some needs but God himself said to Adam, It is not good for you to be alone. He decided Eve would provide a companionship compatible to Adam. He didn’t give him a pet, he brought him a person to do life with and work through life issues.

We invest in the things that we value and we feel like there is a return or we wouldn’t keep investing in them.

It is in relationships that God forges us and teaches us how to do life. To learn to love well, to forgive each other in our shortcomings and quirky ways is how God helps us grow and stretch. We can be challenged and grow as people through all of our relationships. Dogs and pets can provide a portion of things to us but they cannot replace human relationships. God never intended that. He emphasizes our relationships with one another and with him.

So, while I love Noah’s call and the gathering of the animals two by two don’t forget the people that He had alongside him in the ark too.

What are your thoughts on valuing animals over relationships?

What do animals give you that people don’t give you in your life?

We can be challenged and grow as people through all of our relationships.

Leave me a comment and let me know what you think?