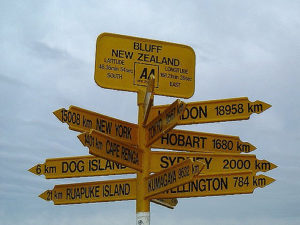 Signs that a child is living in the house are usually apparent around the dinner table. If you look around their chair, the evidence of crunched up potato chips or whatever food item surrounded them during meal time ended up scattered around their seat.

As normal as this is for a toddler or even an elderly person this isn’t normal for a growing adult. Adults clean up their messes, take responsibility and become problem solvers.

This Made Me Think…

This got my wheels turning, considering how many people whose lives are surrounded with a mess. Crunched up chips so to speak.

Everywhere they go, they seem to leave the residue of their life decisions and the result looks like a mess. They don’t order their life so their life orders them.

They make decisions based upon emotion rather than logic. In their immature thinking or independent thinking, they just throw caution to the wind and live recklessly, leaving their loved ones surrounded with chaos and financial messes because of their decisions. Making big financial decisions that can end catastrophically should involve wise counsel.

Too busy to plan, they dismiss priority decisions.

Sadly, years down the road the decisions of dismissal and a do it later mentality catches up with them. In their later years their health deteriorates and they don’t have the energy or the options that once presented themselves.

Their choices have now left
them in the place of dependence.

Dependent on others to care for them.

Dependent on their kids and grand-kids.

Dependent on the government and social security.

Even dependent on the church.

Gods best is for us to live independent from others and dependent on him.

Gods best is for us to live independent from others and dependent on him.

This doesn’t mean we don’t have a need for others and shouldn’t allow people to help us. It does mean however, that through our decisions we have sought the Lord and wise counsel.

God’s best is better than “ crunched up crackers and chips.”

When We Become Dependent…

When we have become dependent on the government to “help” us, are we not reducing ourselves to a crunched up chips mentality? The crumbs of our choices.

Our government with the presiding leaders we have now, has in a subtle way, yet slowly created modern day slaves, all under the guise of “helping” the low income and the elderly.

They have stripped them little by little of their independence and created within them a dependent mentality. All the while, exploiting their vulnerable places by targeting their “needs”.

These values are the crux of a nation; once compromised, they eventually become sold out to a system that promotes socialism.

We the people lose.

We the people becomes we the government.

The low income and elderly are now “owned” by a government system that has entrapped them through a deceptive ideology all through their “need”.

Your need begins to drive you and you have allowed a system to convince you that they know better than you. They have in essence insulted the intelligence of a people who are more than capable of figuring out how to solve their problems.

It is no less than a codependent relationship.

When making the decision to take back your life and make your own decisions you are faced with the reality that you have been taken advantage of, and in your weaknesses you were violated by allowing someone else to step in and take over.

Exploitation By The Enemy

This is the way the enemy strips you of strength. Exploiting you. Convincing you of your need and how you can’t possibly do better yourself.

You need their help. Their “support” is crippling you of real strength by surrendering yours in place of theirs, thus becoming dependent on a system.

A system that promises liberty but leaves you in bondage. Trapped in an illusion of “help” you become like a hamster on a wheel unable to get out of the circle. This is how we become crunched up crackers. The leftovers of something that started out whole in one piece.

Here are some things that can start the process.

With sheer determination and hard work it is possible to break this cycle. The cycle of poverty can start to be broken by looking “within “instead of a mindset that has been developed to tell you the you are “without”.

2) Leaving behind a victim mentality.

Seeking out wise counsel from trusted friends and peers.

3) Trust in the Lord

Proverbs 3:5-6
Trust in The Lord with all your heart. Lean not on your own understanding. In all of your ways acknowledge The Lord and He will direct your paths.

It is possible to become whole again, to be restored to Gods original purpose for your life. To be free from a system that keeps you in chains. Blessings and freedom awaits you.

Will you walk through the doors?